Anxiety is the body and mind's natural reaction to threat or danger. Commonly referred to as the ‘fight or flight' response, the body releases hormones such as adrenaline, which in turn results in a number of physiological reactions occurring in the body. These emotions help us to survive by ensuring that we are alert and responsive to the danger.

In the appropriate situation, high levels of anxiety - even panic - is considered normal and helpful if it prompts us to escape from danger. Anxiety in performance situations such as interviews and exams can help us perform to the best of our ability. The problems arise when people's response (anxiety) is out of proportion to the actual danger of the situation, or that it is generated when there is no danger present.

Anxiety is something we all experience from time to time. However, when anxiety becomes excessive or debilitating then it is considered an anxiety disorder. Over the last few decades, there has been a dramatic improvement in our understanding of anxiety and how it can be treated.

How common are anxiety disorders?

Along with depression, anxiety disorders are the most common mental health problem affecting the population of Ireland and Europe. They account for a similar level of stress and disability within society as cancer or heart disease.

There are no accurate figures detailing the prevalence of anxiety disorders in Ireland. It is estimated that one in nine individuals will suffer a primary anxiety disorder over their lifetime. Only a fraction of these individuals receive appropriate treatment, which is a considerable pity since it has been demonstrated consistently that with expert therapy, the majority of sufferers can achieve a lasting improvement.

Anxiety can be primary or secondary to other mental health problems such as depression or substance misuse. Primary anxiety disorders are thought to result from a combination of a genetic predisposition and life stress, triggering a vicious cycle.

Physiological reactions in the brain and body, distorted thoughts and beliefs about risk and danger and patterns of behaviour, such as avoidance or safety seeking, all interact to develop and maintain the problem.

Anxiety can be the main or 'primary' problem or it can be a secondary problem, which means that it is a symptom of another disorder. Depression and substance or alcohol misuse are often associated with high levels of anxiety, but in these cases lasting benefit will come from treating the underlying problem rather than focusing solely on the anxiety symptoms.

In primary anxiety disorders the symptoms tend to have followed a set pattern over several months or years. In these cases the anxiety symptoms occur independently of other mental health problems, however, they can be intensified when coupled with depression and life stress.

Cognitive behavioural therapy treatments are highly effective in anxiety disorders and target exaggerated danger beliefs and safety behaviours in a collaborative way, with the aim of breaking the vicious cycle and helping the sufferer achieve greater confidence in the face of what they fear.

By learning about the vicious cycle of anxiety and by challenging beliefs and behaviours at the centre of the anxiety problem, sufferers gradually master their fears and regain their functioning.

Sedative anti-anxiety drugs can also be used in the short term to ease the worst of the anxiety during the acute phase. Best results are achieved by carefully focused cognitive behavioural therapy combined with other forms of help as needed.

Our Anxiety Programme provides care in an outpatient, day patient or inpatient setting according to the needs of the individual.

Panic attacks are extremely frightening. They may appear to come out of the blue, strike at random and make people feel powerless, that they are losing control and about to die.

A panic attack is really the body's way of responding to the 'flight or fight' response system getting triggered without the presence of an actual external threat or danger. When adrenaline floods the body, it can cause a number of different physical and emotional sensations that may affect people during a panic attack. These may include:

Panic disorder is sudden episodes of acute severe anxiety/panic associated with a fear of death or collapse. The key feature of the disorder is the sudden onset, occurring 'out of the blue', with no identifiable trigger. It can be accompanied with a persistent concern about future attacks and consequences of the attack (losing control).

It is commonly associated with agoraphobia. Approximately 20% of people will experience at least one panic attack at some time in their lives. 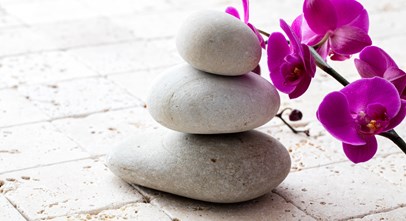