How do we remember and how do we forget?

Memory and mental health: three stories of memory failure and the journey to recovery.

Can we tell if a memory is true? What does the controversy about recovered memory tell us about our response to societal problems such as child abuse?

Memories are made through fundamental brain processes, about which much has been learned over the past one hundred years. Since Pavlov trained his dogs to associate feeding with the ringing of a bell (we now call this memory process conditioning), psychologists, neurologists and psychiatrists have been studying the process of memory, providing new insights into the power of the brain.

In the modern era, the sciences work together, using brain imaging and molecular biological techniques, combining these with psychological understanding, to give us unprecedented insights into brain function. This, in turn, gives us fresh opportunities to harness the brain's capacity for recovery in new and helpful ways.

Making memory involves more than a single process. Memories have been usefully divided into distinct groups which map onto separate brain processes and distinct brain circuits. Eric Kandel teaches us that:

"Knowing that" is also subdivided into semantic and episodic memory. Semantic memory is concerned with general knowledge whereas episodic memory stores the context and significance of events.

Memory of how to do things is expressed through performance and without conscious recollection of past performance. An illustration of this kind of memory, knowing how, is to be found in the story of Dorothy, an 80-year-old single woman, a retired teacher, who was found one evening wandering in a Dublin car park.

Dorothy was utterly unaware of her identity or her place in time. When asked, she could not remember her name or recognise a single person. Later, it became apparent that she had no family, but had been living alone and deteriorating in memory for many years. After a time in supported accommodation, she was transferred to residential care. By now, she was completely amnesic and needed some assistance to wash and be fed. She struggled to maintain independence in the most basic activities of daily living. Yet, out of the blue, one day, she sat down at a piano and began to play it. She played The West's Awake without stopping or making any error. Until then, no one had known that Dorothy was a teacher of piano. The knowledge of how to play the piano was preserved, despite her amnesia for everything else.

This "how to do memory" involves specific sensory and motor pathways deep in the brain, as well as the cerebellum, the amygdala, the basal ganglia and other deep brain structures. This form of "how to do memory" includes forms of learning, such as the classical conditioning processes that Pavlov studied, but also the performance of ordinary habits and learned skills such as touch typing, playing tennis or playing a musical instrument.

In Dorothy’s dementia, her memory loss was principally the loss of "knowing that" (knowledge of facts and events). This form of semantic memory for facts and events requires conscious focussing and attention. Dorothy had lost functions dependent on the outer area of her brain, the cortex (in particular involving the medial temporal lobe system and the hippocampus). Without a functioning temporal cortex system, she could not bring recollection to full consciousness. Her memory for "knowing that" had been lost, while her memory for "knowing how" had been preserved.

Contrast Dorothy’s story with that of Margaret, a young mother of two with no history of mental health difficulty.

One day, Margaret took a taxi to go to the airport. She remembers the cleanliness of the taxi and the sweet smell of lavender perfume that came from an air freshener hanging from the rear view mirror. She remembers very little about the accident that followed, except for the loud sound of the impact and the fact that it was so severe, she began to vomit. The sour taste of her stomach contents filled the back of her throat. Although she struggled, she managed to undo her seat belt and escape out of the back door of the car and onto the road. Unfortunately, she was struck for a second time, by the side of an oncoming vehicle, and thrown alive back onto the central reservation of the motorway.

Amazingly, Margaret made a rapid recovery and was able to go back to work within a couple of months or so. Outwardly at first, she appeared to suffer only minor bruising and a few broken bones. She had no evidence of brain damage. Some months later, she began to experience panic attacks. Despite her best efforts, she would experience sudden bursts of anxiety of such intensity that each time she thought she was going to die. These panic episodes were typically precipitated by loud noises, the smell of strong perfume or the nauseated taste of vomit in her throat.

She began to avoid going out so as to avoid these intense vivid recollections of the accident. Flashbacks by day left her in a state of constant vigilance and disturbed her sleep. Margaret had Post-Traumatic Stress Disorder. The dreadful intensity of the initial experience had formed unwanted and intrusive memories. This kind of memory is often exacerbated by re-experiencing of the original horrific event and is typically associated with sensory re-experiencing, filled with sounds, smells and tastes. The brain circuits for these senses (smell, taste and sound) are located close to the cortical temporal lobe, the amygdala and the hippocampus.

Margaret has recovered. She needed a psychotherapy in which she retrained her brain to properly integrate her emotional experiences with her current reality. In psychotherapy (such as cognitive behavioural psychotherapy), her trauma was heard.

The therapist listens in a special way and, as Barenboim puts it, this “listening is hearing with thought; just as feeling is emotion with thought.”

“When an emotion arises it is not yet necessarily connected to any specific event or person; it is the participation of the intellect that binds the emotion to a particular set of circumstances, generating feeling.”

In recovery, the brain reconnects and binds afresh these emotions, with new thoughts and feelings, new sounds and meanings. This reconnection in reality retrains the brain, generates new proteins and builds new connections to deliver healing and recovery.

These recovery stories of Dorothy and Margaret are examples of memory loss or memory intrusion which was apparent to the people themselves or to others; but consider a different scenario where memory loss is not initially recognised as a problem.

Jack was a 50-year-old man who presented with depression and, over many months, his symptoms of despair and melancholy were so severe that he repeatedly attempted suicide. He had many hospitalisations and many failed trials with antidepressants. Jack had treatment-resistant clinical depression.

The problem for Jack was not conspicuously related to memory loss. He was aware that he was depressed. He was very demanding of himself and had huge expectations, which he felt compelled to achieve. On closer enquiry, however, it became apparent that Jack had very little memory of his childhood, except that he could remember that he was regularly beaten by his father. On his thirteenth birthday, his father beat him severely until he wept. Jack said “on that day, I decided I would never cry again and I never have”. He had never forgotten his childhood trauma, but he had never disclosed it either. Also, he had not until now connected his experiences in childhood with his current depression.

Jack's memory failure was not like Dorothy`s loss of "knowing that”: he never forgot. Neither did he have painful intrusive memories, such as those experienced by Margaret. However, his episodic memory had been suppressed, since this form of "knowing that" memory is associated with the painful context of his childhood. In effect (probably through his frontal lobe), he had suppressed the significance of these events.

Jack had depression in the context of a state of extreme emotional self-control, mediated in part by his frontal cortex. His self-defence was so intense that joy had been extinguished. Self-control, order and its authority replaced almost all of his hope.

Jack has made a recovery through psychotherapy. He can now acknowledge the pain that is in his past and, crucially, that his suffering is over. This has not been an easy or rapid process, but, in one way, it was essential to address his memory loss, to contextualise his suffering, before he could begin again to feel and to recover. His psychotherapeutic journey was a journey with hope. Each concentrated, focussed element of personal progress was associated with a spurt of new learning and, therefore, new protein brain growth. Each liberating personal and positive new meaning was integrated and stored where previously only painful experiences were compressed.

The phenomenon of repression of memories and the rediscovery of others has lead to controversy. The debate about recovered memory came to its head in the mid 1990s when, in the United States (US),  hundreds of people were recovering memories of childhood sexual abuse (CSA), particularly where it was believed that repressed or dissociated memories had to be recovered in order to allow the person to “heal”.

Much research has been conducted into this area. A dispassionate and objective view is emerging based on a number of principled positions:

In Ireland, the policy known as Children First has been helpful. It facilitates the disclosure where there is a “reasonable” suspicion that abuse has occurred. Most memories have not been forgotten, even if, as in the example given of Jack, the emotional context has been attenuated or blunted. The debate about recovered memory should not be used to deny the fact of childhood abuse.

Recovered memory refers to memories which appear to be newly remembered (that is, recovered) of past trauma. In studies, these memories have been shown to be sometimes accurate, sometimes inaccurate, and sometimes including a mixture of accuracy and inaccuracy. In clinical practice, much of what is remembered cannot be confirmed or denied.

Although one cannot comment on specific or current legal cases, it is sufficient to say that recovered (or newly formed) memories are not sufficiently reliable in themselves to be the sole basis for legal decisions.

False or inaccurate memories are more likely to be suggested in people where questioning is leading and inappropriate rather than appropriate and non-directive. Problems with history-taking arise more commonly in isolated rather than in modern, skilled, multidisciplinary therapy settings. The controversy does speak to the need for best practice in psychotherapy, which is better when it is professional, multidisciplinary and quality-governed.

Jack's human recovery has been about the rediscovery of his integrity as well as the integrity of his memories and the emotions associated with them. Today, his recovered brain functions fully in real time as the integrated conductor of all his emotions and feelings, integrating all his fears and realities.

Ideas and concepts in this blog are expressed more fully and with greater clarity in the following popular texts and papers: 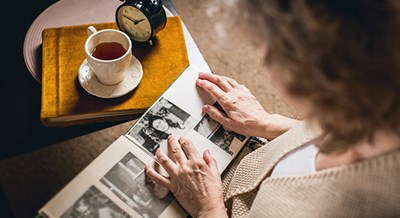 Memories…light the corners of my mind 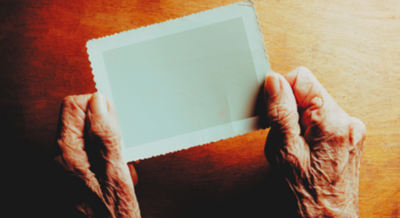