Post traumatic stress disorder, or PTSD, is a serious mental health disorder which arises in a minority of people exposed to psychological trauma.

People with PTSD have distressing re-experiencing of the original trauma through flashbacks or nightmares. They tend to:

These features of re-experiencing the trauma, hyper-arousal and avoidance are readily measurable. They lead to significant disruption in a person’s daily life and effect every aspect of it, including social, occupational and family life.

The concept of PTSD achieved prominence in the 1980s following in the wake of the experiences of trauma reported by the American survivors of the Vietnam war.

The range of experience capable of promoting PTSD is too wide and varied and, indeed, distressing to list. It is agreed, however, that these experiences should involve at least a risk of serious injury or death, or loss of physical integrity, and that the response to this event should involve intense fear, horror or helplessness.

It is important to emphasise that most people, most of the time, respond even to these dreadful events with resilience and a capacity to recover. But, unfortunately in some cases, a clinical syndrome emerges of PTSD in which there is persistent re-experiencing of the traumatic event, persistent avoidance and emotional numbing around the event. These symptoms emerge in a characteristic delayed fashion and are not just features of acute stress. PTSD emerges after a typical delay of at least 30 days.

While no particular trauma is associated with the emergence of PTSD, certain characteristics are well described. The development of PTSD, even in the most robust of individuals, is more likely with traumas that:

Some individuals experience traumas which fulfil all these three criteria, being early, horrific and persistent.

The prevalence of PTSD in populations is hard to measure. There is a wide variation in reported studies. For example, some studies suggest that up to 2% of women with traumatic childbirth will develop PTSD. Between 6 and 10% of people exposed to active combat fulfil criteria for PTSD, whereas some studies suggest that up to 40% of people currently living in Gaza fulfil criteria for PTSD. The result is that the data on the number of people who experience this condition varies widely according to circumstance and, indeed, according to the nature of the trauma.

Where the condition becomes chronic and persistent, it is particularly challenging and may be disabling in the long term. PTSD can be more disabling on individuals with co-existent psychological or mental health issues, such as depression, addiction or substance misuse.

At a neurological level, PTSD is associated with abnormalities in areas of the brain which process threatening information. These areas include areas in the frontal lobe as well as key areas in the temporal lobe associated with the management of memory. Psychologists will be aware of the importance of areas such as the amygdala and the hippocampus. Modern brain scanning has confirmed the importance of changes of these areas, probably as a result of persistent high levels of stress hormones arising from the trauma.

Effective treatment does exist. Psychological treatment includes cognitive behavioural therapy (CBT), particularly where this has an emphasis on exposure to feared stimuli. There is also a therapy named EMDR (eye movement, desensitisation and reprocessing therapy). This is a relatively recent therapy in which elements of CBT and exposure therapy are combined with manipulation of eye movements. It requires trained therapists, but there is some interesting research validating its efficacy.

The most important element of therapy is that it needs to be early and substantial. Risk factors for a poor response to therapy include a high level of arousal associated with a high level of avoidance. Where this is also combined with persistent substance misuse or alcohol dependency, the outcome can be poor.

Individuals who suffer from PTSD have experienced a real and substantial degree of psychological difficulty arising out of their misfortune. They had the misfortune to be exposed to a horrific, often violent and life-threatening experience which alters, for a substantial period of time, their management of stress and their ability to adapt to life. It is a great pity that we are in a world that you have to  if you have a mental health issue. 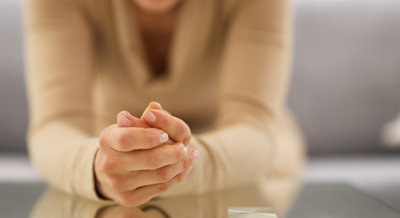