How does perfectionism keep problems going?

In part one of our three part series on Striving for Perfectionism; we looked at what is perfectionism and the main differences between a healthy pursuit of excellence and unhelpful perfectionism. This week we ask "how does perfectionism keep problems going?"

As described before, unhealthy perfectionism involves

Many think: ’I will not perform at all’, ‘I will become lazy’, ‘others will think less of me’, ‘I will be overwhelmed with anxiety’, ‘I will lose something important’, ‘I will be average’, ‘These barriers to making change in perfectionism’.

Case example of person with Depression and Perfectionism

Liz is a 19 year old college student, from an early age, Liz has had beliefs of “doing her best at all times”. She has studied very hard at school. In her leaving cert she achieved all Grade A’s. Her perfectionism beliefs lead her to patterns of doing her best at study and exams. In her first year in college she failed one exam. This led to an episode of Depression. At this time her perfectionism beliefs continued to be present i.e. “I need to do all, I need to push myself”. She found it difficult to achieve what she wished to achieve because of her Depression and these thoughts, beliefs and behaviours kept her depression going. For Liz perfectionism was a factor in the development and the maintenance of her depression. 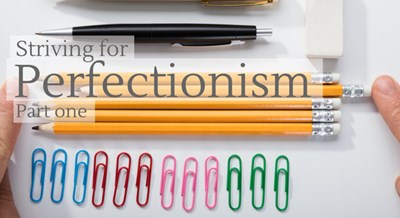 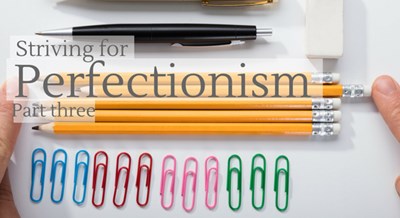 How CBT can help improve perfectionism

How CBT can help improve perfectionism