Why do we prescribe antidepressants?

1 in 10 people in Ireland experience depression at any one time, and many people are using antidepressants to help. Prof. Jim Lucey, Psychiatrist and Medical Director of St Patrick's Mental Health services was on Today with Sean O'Rourke to discuss the issue.

Why do we prescribe antidepressants? Are they just ‘happy pills’, ‘a cure for every ill’?

Around the globe and especially in the world’s richest nations more prescriptions for antidepressants are being written than ever before. Research shows that 11% of adults in the USA are taking antidepressants*. The league table produced by the OECD reveals the order of countries with the highest use of antidepressants: Iceland, Australia, Canada, Denmark, Sweden, Portugal, the UK, Finland and Belgium make up the list of the top ten antidepressant prescribers.

In Ireland too the volume of antidepressants prescribed has never been higher. The research is imperfect (due to the fragmentation of our system). Many of the figures available arise from surveys and guesstimates, but the best evidence suggests that in Ireland today nearly 500,000 people are taking these medications, at a cost to our health services of around €40 million annually. While the number of prescriptions is rising the cost is relatively flat since many of these treatments are actually falling in price.

There is little clarity about the significance of these issues. Data analysis is not helped by our tendency to lump together figures regarding antidepressant use and other mental health drugs, such as sedatives, sleeping tablets and tranquilizers. The best Irish data show that for young adults aged 15 to 34 the lifetime prevalence rate (ever used) for sedatives/tranquilisers is 8.9% (down from 10.1%, the prevalence rate reported in the last survey 2010/2011). The life-time prevalence of antidepressant use for the same age group is 8.3% (an increase from 6.8%, the prevalence rate reported in 2010/2011) **.

There are some striking local variations in prescription rates across Ireland and there is no simple explanation for these. For example, the most recent survey revealed that in Limerick, prescriptions were written for 10% of the total population, the highest use of antidepressants for any community in the country. The percentage was lowest in Dublin South, at 4.3% ***.

Various explanations have been offered for these variations, such as the effect of regional differences in price or variations in prescribing practice, or the obvious regional differences in socio economic pressures post the 2008 crash. All of these are plausible. It’s also possible that the differing proportions of people in each community with medical cards might have a bearing.

Few of these explanations hold up to close scrutiny and so far, none are tested by peer reviewed research. For example, Donegal has a far higher percentage of medical card holders in its community than Limerick and yet Donegal has one of the lowest uses of antidepressants in Ireland. We need a more balanced analysis, a better view supported by better evidence.

The situation in Northern Ireland provides a useful basis for this study. Antidepressant prescription rates in the North far exceed those of the England, Wales or the rest of Ireland. They were also higher than levels found in 23 other countries featured in a global OECD study. In one six-month period examined, GPs in the North prescribed enough antidepressants to give every man, woman and child a 27-day supply at the “defined daily dosage” limits. In England, GPs prescribed enough for 10 daily doses per patient. The figure in Wales was 19. The North of Ireland’s prescription levels are higher than UK or any other Irish region with a similar economic profile, or similar or higher rate of depression.

Local experts have pointed to the aftermath of the troubles and the degree of unmet need arising from post-traumatic stress disorder as reasons for this high degree of prescription use, but other factors are likely to be at play. The most indicative of these is lack of availability of psychotherapeutic alternatives to medication****. This is a common factor across the global data, and this dearth has been particularly highlighted by commentators in Northern Ireland. Across the world where ever psychotherapeutic services are accessible, affordable and available they can provide the effective, holistic and person centred care that people with depression require. Regional differences in antidepressant use are explained by this factor more than any other.

The prevalence of depression in Ireland is very great. Its human and economic cost in our society is enormous. Our people deserve a better set of effective interventions, broader than our current reliance on the prescription pad and pious advice. Depression is the largest cause of disability in the western world and certainly the largest contributor to suicide in our country, claiming two lives every day in Ireland. Addressing this health emergency requires enlightened investment in combined evidence-based psychotherapeutic care*****. Antidepressants are effective therapeutic and can even be life-saving but their use in an isolated fashion is indicative of a mental health service which is still offering too little for many in our society. It’s time to renew our country’s mental health care and provide a full range of therapeutic treatments fit for the 21st century. 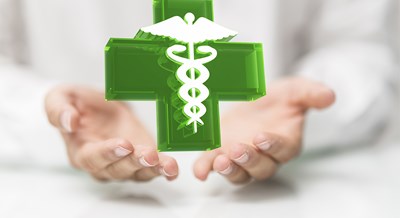