Read an interview with Dr Edel Crehan, Psychologist here St Patrick’s Mental Health Services (SPMHS), on what psychosis is and how we can support people living with it.

Psychosis is something many people may have heard of, but it can be greatly misunderstood, despite many of its characteristics having their roots in relatively common human experience.

Clinical psychologist and clinical lead on our Living Through Psychosis programme, Dr Edel Crehan shares her expertise on the condition, including its causes and the treatments available at SPMHS.

Psychosis has some aspects of anxiety and depression, but the main feature that is unique to psychosis is that there’s a point at which the person is struggling to determine what’s real and what’s not real. This happens to the point that it begins to preoccupy them, taking them away from the things that they’re good at, the things they enjoy and their lives in general.

We know that up to 20% of young adults can have psychotic-like experiences: they can have moments or phases in their lives where they might, for example, hear voices or may see things that other people can’t see. We know that up to 8% of the population may have psychosis at any point in their lives; however, people who go through psychosis to a degree that requires treatment amount to between 1 and 3% of the population.

Is psychosis an umbrella term? What kinds of conditions does it cover?

Psychosis is now emerging as the commonly used term, though technically it is an umbrella term that can bring a person into lots of different diagnoses. When a person enters a mental health service, the team will try to figure out, based on their experiences, what category the person falls into; for example, schizophrenia (a term that’s very much falling away from clinical practice now).

What is the experience of having psychosis, and is it something people who’ve never had the condition can relate to?

There is now a very large emerging evidence that psychosis or psychotic-like experiences are actually very common human experiences.

We know, for example, that people who have an interest in or pre-disposition to spirituality will often talk about hearing voices or seeing images, experiencing it in quite a positive way. We know that people actively seek to use mind-altering drugs so that they can see, hear and feel unusual experiences. We know that psychotic-like experiences can happen as a very natural part of grief. Often when you speak to someone who is in the throes of grief, they will say that they think they saw their loved one, or they think they heard their loved one. We know that that’s a psychotic-like experience – but it’s not psychosis; it’s a very common human experience.

We also now know that for people who have endured severe abuse or neglect - be it emotional, physical or sexual - quite often the way that the mind processes that through flashbacks. This can resemble psychotic experiences where the person doesn’t know if they’re reliving something, questioning is it real, is it not real. It’s not surprising that, if someone has had a very difficult childhood or had very challenging things happen in their lives, they may have a vulnerability to a mental health difficulty.

What are some of the causes of psychosis?

Broadly, the causes of psychosis are a combination of biological, psychological and social factors.

Given those range of possible causes, how do people and those close to them recognise what’s happening and access help?

Quite often with depression and anxiety, a person themselves will realise “I’m feeling stressed; I’m feeling anxious; I’m down all the time. I don’t like it; I need to get some help”. With psychosis, it’s quite different.

It’s very rare that someone will recognise that they’ve early signs and symptoms of psychosis and they need to get help. Instead, what often happens is a very secretive, personal process where it could be rumbling on for weeks, months and, in some cases, tragically, years. Slowly, a loved one, a parent, a friend will notice the person’s performance is going down; they’re spending a lot of time on their own; they’re not enjoying their hobbies any more. They bring their concerns to the person and, often, the person pushes that help away, or is too scared, too ashamed or too confused to engage with it.

In many cases, loved ones have to try multiple times to convince the person to come with them to the GP, perhaps for information, and to get them to a point where they start to see "actually, there is a problem here and I need help". The technical term for that is insight.

What treatments are available for people with psychosis?

Here at SPMHS, we run the Living Through Psychosis programme over eight weeks. In general, we have six to eight people at a time in that group, from all walks of life, all ages. We get to know them as people first, who just so happen to have this issue of psychosis.

For some people, they get to the end of the eight weeks and they feel like they have the skills to go to the shops, meet their friends, get back to day-to-day life and do the things that matter to them. Others will realise over the course of the programme that a particular instance of bullying or a life event had a massive impact on them and explains why they’re in their threat system a lot of the time. Often, those people will choose to go into individual therapy or other psychological intervention to address the issue. Then there are some people who complete the programme and decide that they would like to explore medication options.

For some people, they will do they eight-week programme but feel that they need more tools to help manage their psychosis. There’s now a Level 2 Living Through Psychosis programme that brings in the idea of compassion. A significant aspect of compassion is courage and when you have a condition of fear and you struggle with high levels of threat, one of the things that balances that out is courage – and it can be taught.

People who live with psychosis often worry about their minds, questioning if they’re mad or bad. One of the things that balances that out is wisdom, beginning to learn that we all get tricked by our brains from time to time; we all get stuck in worry loops about what people think of us, the future and so on. Wisdom can really help to offset these worries. 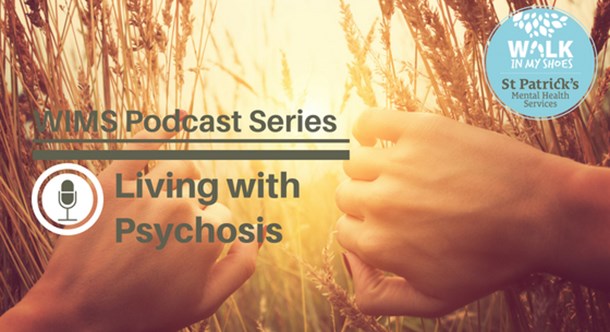 Listen to the Walk In My Shoes podcast featuring the full interview with Dr Edel Crehan. 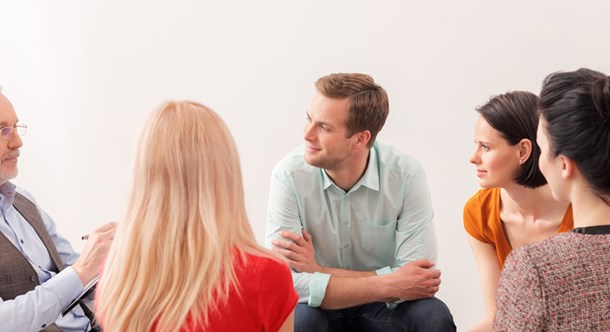