Does having depression increase stigmatisation?

Depression is a common mental health disorder affecting as many as 350 million people worldwide at any one time. Patrick Hill, Cognitive Psychotherapist here at St Patrick’s Mental Health Services (SPMHS) confronts the stigma that still exists around it.

Depression is a mood disorder often referred to as major depressive disorder or clinical depression. It is characterised by a depressed mood or loss of interest or pleasure in usual activities, together with feelings of sadness and loss. It can lead to a variety of emotional and physical problems, and can decrease a person’s ability to function at work and at home.

Dealing with a diagnosis

Dealing with a diagnosis

The diagnosis and treatment of depression should be a relief for those who have had to endure the debilitating symptoms of the illness. However, for many of those in treatment, it often produces anticipatory fears associated with receiving a diagnosis and label of depression. Therefore, instead of putting your mind at ease, it might cultivate worries of a different sort about the future and what it really means to be labelled with depression.

More often than not those fears are based on irrational prejudices, driven by societal attitudes and media concerns about mental health issues. Ultimately, it comes down to what you believe others might say, do or think if they found out about the diagnosis.

I have met so many people who express their fears about what it might mean to carry the tag of depression around with them. They often ask me "what will I tell my employer?". "What will I tell my work colleagues or college friends?". "How can I explain my absence from work? Or what should I tell my children?". These are very real and worrying questions frequently asked during treatment or whilst in the recovery phase of depression. It is the underlying fear of rejection, ridicule or being discriminated against in some form or fashion which disables people, leaving them with not knowing what to do.

There is no one-answer-fits-all solution. The advice I would give anyone before they make a decision to inform another about their illness is to do a cost-benefit analysis to consider the advantages and disadvantages of disclosure about their illness. Making decisions about how much or whom to tell about your depression is really a matter that each individual has to arrive at after due consideration.

Anticipated stigma is defined as the extent to which an individual is concerned about being the target of stereotyping, prejudice, and discrimination. This is very common amongst people treated for depression and becomes a worry for them post treatment. It can be stressful, and given time, it can negatively influence both their mental and physical health. The negative influence of anticipated stigma can affect other areas of people’s lives, including their ability to successfully function in the workplace, socially or within their own families.

Self-stigma is the internalising of society’s social biases and attitudes about mental illness, generating a flawed self-perception and identity because of having a mental health issue. Due to internalising the stigma, it will have a knock-on effect on one’s self-esteem, prohibiting seeking help, reducing ability to communicate, interfering in family functioning and affecting social interactions.

Societal stigmatisation can increase the risk of devaluation and marginalisation, because your social identity can be discredited or discounted by the public. It can result in loss of status and discrimination in areas such as employment or housing. It raises the question whether being in treatment for depression is associated with an increase or decrease in being stigmatised about it.

One recurrent fact in my experience in treating those with depression is how much they fear being labelled or defined by their diagnosis of depression - in other words, stigmatised. What we do know about those with depression according to the World Health Organisation is that many fail to acknowledge that they are ill and do not seek treatment. Although some progress has been made in trying to break down the stigma associated with depression by a variety of celebrity-type figures coming out and braving the broadside of the media attention and their followers, it still is very much a work in progress.

I believe that education about the damage of stigmatising someone with mental health issues should commence in the early years at primary school and continue throughout secondary school and college life. Parents and the wider family need to foster healthy values and attitudes towards mental health issues in terms of being more considerate, non-judgmental and supportive when someone needs help.

Beginning a process of change

Beginning a process of change

The question I posed is "does having a diagnosis of depression increase the risk of being stigmatised?".

It is clear that many of those I meet with depression have a fear of being stigmatised and that it is scary for them. It is different from actually being stigmatised, and subjected to active discrimination in the workplace or being shunned by your partner, family, peers and social circle.

There is an element of risk for anyone getting a mental health diagnosis of being labelled because of their problem. Therefore, being diagnosed with depression is still a problem, whether they seek treatment or not. It is only through an active programme of education and campaigning that we can facilitate a process of change in societal attitudes and views towards reducing the fear of stigma in mental health. 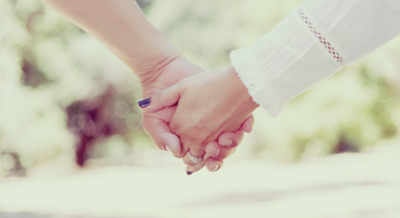 Talking to someone with depression 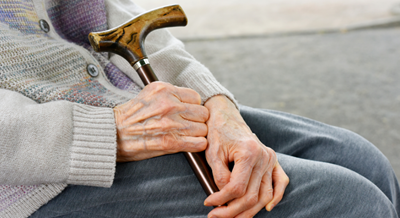 We shouldn't experience discrimination in our homes, workplaces or communities if we are living with a mental health condition. Join our #NoStigma campaign to see what life without mental health stigma really means.

Get involved in #NoStigma