Wellbeing is a wide-ranging concept when used in relation to the concerns of older people. It refers not just to the absence of disease or infirmity, but also to meeting critical emotional and psychological needs and optimal functioning, both individually and socially. Here, Dr Declan Lyons, along with registrars Catríona Lee and Masashi Terao, discuss key components to ensure healthy ageing and wellbeing in older adulthood.

The five elements of wellbeing

Wellbeing for younger adults (particularly those of working age) has been the subject of considerable research and debate in recent years. Scientists working for Gallup polling have been exploring the elements of a well-lived life for some time and, according to Rath and Harter, have distilled the findings of a comprehensive global research project down to five essential elements of what contributes to wellbeing over a lifetime. Rath and Hater state that “wellbeing is about the combination of our love for what we do each day, the quality of our relationships, the security of our finances,  the vibrancy of our physical health, and the pride we take in what we have contributed to our communities. Most importantly, it’s about how these five elements interact”.[i]

Although this research took place in 150 different countries and age was not looked at as a variable in terms of the responses, there is little reason to believe that older people would have responded differently to the survey or identified different ingredients of wellbeing.

It is not difficult to envisage activities that replace paid employment and productively occupy time for older people, assuming at least an average level of physical health. Again, the theme of interconnectedness is pertinent as finding such activities may also depend on one’s degree of social and community wellbeing, for example. Despite the absence of a ‘career’ as a centrepiece in the lives of older people, we should not assume a deficit model of ageing, where restrictions outweigh resources and opportunities.

Older people have clearly defined emotional and psychological needs at an individual level. The role of health services, particularly in the mental health arena, is to identify and harness resources, which are often less diminished than we might think at first glance, in order to maintain wellbeing, even in the face of loss, such as challenges to health, or the frailty that may accompany advanced old age.

In relation to the mental health of older people, it is crucial to take a holistic view of recovery from acute mental illness as requiring not only remission of key symptoms and dysfunction associated with mental distress. There is also an imperative to bring the person to a better place, even potentially functioning at a higher level than before the onset of illness, where they have the knowledge, skills and supports to meet their own needs and have a greater understanding of what makes life worthwhile. This is surely the best way to prevent relapse or recurrence of most forms of mental illness.

Key needs of older people to be optimised include the need for status, stimulation and behavioural confirmation, comfort, affection and security. In keeping these needs centre- stage, we must never allow restrictions that may accompany old age to outweigh resources, if at all possible.

Prevention or minimisation of mental ill-health?

Many older people can live out their remaining years fulfilled and independent, residing in a location of their choosing, and being fully mobile and self-caring to the end. Others may not be so fortunate and may, through illness, lose independence, function, autonomy, and much of what was taken for granted in earlier decades.

Because the number of older people has grown exponentially in recent years, at one level, society is beginning to tune into the needs of its senior citizens and design services accordingly. However, on another level, many critical issues are shrouded in denial or avoidance, with crucial decisions left suspended or real dialogue between generations stifled in mutual misunderstanding.

In healthcare systems across the western world, only recently has ageism been identified as a source of prejudice and discriminatory practice. Champions in the field of the gerontological sciences still struggle to convey the message that older adults are heterogeneous in terms of both their internal and external strengths and resources, as are younger adults. There are abundant myths and stereotypes about the aging process, which can adversely affect even the most seasoned and objective clinician’s attitude and behaviour towards older people. In fact, older adults’ personalities stay consistent throughout the lifespan, with proportionally few suffering from major mental health problems.[ii]

Although there are many commonalities in working with older and younger adults, there are also certain distinctive factors about older people that affect the prevalence of mental health conditions that may arise in later life, including their risk factors, assessment and management. Organic conditions must be considered in diagnoses, and unique psychosocial stressors also impact on the presentation and diagnosis of mental health difficulties in older people. Older adults are less likely to seek mental health services than younger people, and services in turn may be less responsive to older people. With atypical presentations of classic forms of mental distress, such as major depression, being extremely common, if not the norm, diagnosis and intervention may be delayed for many.[iii]

Functional loss accompanying the major forms of mental illness in older people can be considerable, hence the need for and emphasis on rehabilitation, independence and restoration of function by many clinicians working with older adults. Patient involvement and participation in their own recovery is paramount, as is education about the nature and causes of the various forms of psychological distress. Reducing the stigma and isolation that often accompanies mental distress in older people is potentially achievable through group sharing and peer support and remains another key objective of later life services in mental health.

The remit of later-life specialist services has always been to challenge therapeutic pessimism, nihilism and, often, professional ignorance, thus ensuring older people have equal access to a broad range of services in relation to the health challenges they encounter.

In the face of economic stringencies in many healthcare systems, older people remain vulnerable to so-called “efficiency measures” and cut-backs implementable across a range of services they require to maintain independence and regain health in the fullest sense of the word. Rehabilitative programmes therefore have a clear advocacy role to prevent eroding the quality of care available to older people, as well as being “beacon services” in designing and delivering new, innovative therapies for older adults with mental health difficulties.

Although not all older people are reliant on personal care, services that recognise the needs of caregivers and other support networks for older adults will likely have a greater impact in optimising the wellbeing of older people. The essence of many dedicated programmes and services, however, remains; their multidisciplinary input, as well as avoiding placing the sole emphasis on one particular type of treatment, such as psychotropic medication, or one model of psychological therapy, while ignoring broader themes of inequality which deny opportunities to live a rich and fulfilling life.

Helping people to re-engage with their external environment is critical, but this is more than simply arranging a few activities in a day centre; therapeutic activities and programmes should address key areas of functioning in relation to people’s home environments, their leisure time, their mobility, and social networks, in addition to education about key health parameters in their fullest sense.

Above all, the wellbeing of older people is the sum of multiple determinants of health. Policies and practices that underpin therapeutic programmes, such as the Evergreen programme at St Patrick’s Mental Health Services, and maximise social inclusion, reinforce people’s strengths and reduce adversity challenges stand the best chance of directly promoting mental health in later life.

This is not to minimise the vital importance of fully and promptly addressing symptoms of acute mental illness when they present themselves. The broader agenda, however, of increasing the participation of older people in a society which respects the views and expectations of its senior citizens is crucial to acknowledge and develop, if we are to prevent the many forms of mental distress which may have social isolation and loneliness at its roots.

Compulsory retirement, negative stereotyping of older people, technological barriers and a fascination with youth can still erode the perceived value that society places on older people, and, more worryingly, that older people place on themselves. Perhaps it is through societal education, or even legislation against discriminatory practices or policies, that we will finally enable older people to participate fully in the activities of a society that is not afraid to renew itself by communicating with its oldest members.

If you are interested in learning more about mental health in older adulthood, some further references and reading related to this piece are below. 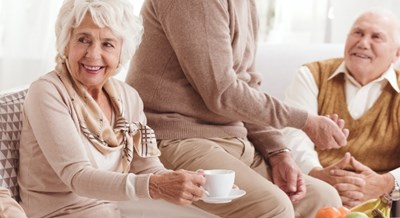 Why we should celebrate mental health recovery