Led by Declan McLoughlin, Research Professor of Psychiatry at TCD and Consultant Psychiatrist at SPMHS, the team will investigate the role of ketamine in improving outcomes for people receiving inpatient treatment for depression.

Depression has been recognised by the World Health Organisation (WHO) as the leading cause of disability globally. In Ireland, over 200,000 people experience a depressive episode each year, with approximately 6,000 people requiring acute care.

Ketamine as an Adjunctive Therapy for Major Depression (2), or KARMA-Dep-2, is a randomised, controlled trial which will investigate the impact that a low dose of ketamine as an add-on treatment could have on people with severe depression.

Marking the first clinical trial to be sponsored by TCD and funded by the Health Research Board, KARMA-Dep-2 is a definitive, pragmatic trial informed by a previous and smaller pilot trial.

Neurotransmitters are chemical messengers in our bodies that play important roles in our moods, behaviours and functionality. Although there has been intense research in this area, pharmacological, or drug-based, treatments for depression which target a group of these chemical messengers called monoamine neurotransmitters - for example, serotonin, dopamine and noradrenaline - have remained mostly unchanged over the past 60 years.  While these treatments work effectively for many people, research supports the need for new and faster-acting treatments.

Studies show that, for patients with severe depression, only 30% achieve a reduction in symptoms after their first treatment for the condition with a type of antidepressant medication called a serotonin reuptake inhibitor. A further 30% of patients are resistant to this type of treatment. These treatments can also take many weeks to see the full benefits.

KARMA-Dep-2 aims to test the hypothesis or possibility that repeated ketamine infusions (given twice weekly with a maximum eight infusions) as an add-on to current inpatient care will improve outcomes for people living with depression.

Ketamine is a type of drug called a dissociative anaesthetic, which means that a person who takes it feels disconnected or detached from themselves and the environment around them. It is routinely used in anaesthetic practice; this is the use of medication to reduce pain or comfort by causing anaesthesia, or a loss of sensation.  When used in low doses that do not cause anaesthesia, ketamine has antidepressant effects.

Ketamine works differently to widely-used antidepressants and, in a process called neuroplasticity, may change dysfunctional brain cell pathways and connections. Its effects come about by the way it acts on the signals of a particular chemical messenger, glutamate, in the brain. Crucially, and in comparison to current treatments, ketamine has a rapid antidepressant effect with symptoms improving within one hour of single infusions and peak benefits reached after 24 hours.

Professor McLoughlin explains: “Years of research have shown that ketamine can be a powerful and quick-acting antidepressant. In the KARMA-Dep-2 trial, we aim to see whether it’s possible to harness the powerful antidepressant action of ketamine as part of routine care for hospital inpatients experiencing severe depression. This has never been done in Ireland before on a scale this size.”

A secondary hypothesis predicts that ketamine treatment could lead to a reduction in healthcare costs, and an improved quality of life for people living with depression. This is being examined in collaboration with researchers at Queen’s University Belfast led by Professor Ciaran O’Neill. Statistical support to the trial is being provided by Professor Ricardo Segurado at University College Dublin.

Professor McLoughlin adds: “Depression is the most common reason in the European Union for long-term sick leave and disability. According to the WHO, it is the leading cause of disability worldwide. It is therefore a public health priority to not only recognise and treat depression, but to do so in a more time-effective manner than traditional antidepressants have achieved to date.”

The results of KARMA-Dep-2 should be able to be applied to people with depression who are hospitalised in industrialized nations, but may be applicable more internationally and to patients with severe depression in general.

You can find out more about KARMA-Dep-2 and psychiatry research from the TCD School of Medicine. More information on KARMA-Dep-2 trial registration is also available from the ClinicalTrials.gov database of clinical studies. 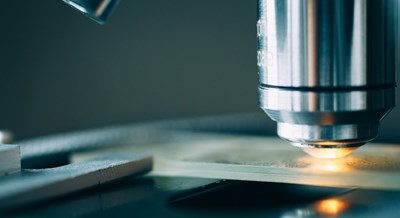