How to spot the signs of depression in children

Depression is one of the most common mental health disorders that present in the adult population and although it would appear to be less common in children it does occur. Depression is a condition that effects emotion, thinking and behaviour. It can be noticed in children as young as 5 years old. About 5% of children and adolescents in the general population suffer from depression at any given point in time. Children under stress , who experience loss , or who have attentional, learning (dyslexia) , conduct or anxiety disorders are at a higher risk for depression. Depression also tends to run in families and is more common in boys.

Some believe that symptoms in very early childhood e.g. pre-schoolers can exhibit behaviours associated with lowered mood and anxiety. Things like

Signs of depression in the pre teens

In the later years of childhood (pre-teens), mood problems take more similar forms of depression as most would know it.

Depression can be caused by a number of factors, for example

Children who become depressed can exhibit very low self esteem and can be caused by or manifested in peer relationships. Bullying and social exclusion can be an important factor. The social status attained as apre-teen is often measured by ones actual visible qualities. In this age group children often react to what they can see. Therefore it would appear to be far more socially valuable to be sporty, athletic and be able to run fast then perhaps be kind, patient and virtuous. It is often when these crass examples of worth are the currency of the day that children can encounter problems.

How do you treat childhood depression?

The treatment of childhood depression is similar to the treatment of adults with regards to the model of treatment however the approach would vary considerably. Talking therapies would be your first line of treatment accompanied by family therapy . The involvement of the school is also paramount. Where talking therapies are unsuitable due to a lack of verbal development, other approaches such as play therapy , art therapy and work books can be used to engage the child in treatment. 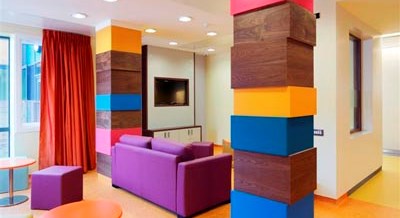